Molot Claiming For Motorcycle Safest in the world in 2015

In general, bikes are widely marketed to put forward to about the performance of the engine and the technology. But unlike the output from Russia's motorcycle. Presence actually put the security level to high, however in engine performance and quality possessed also classy.

This is how Molot who have succeeded in the production of Chak Motors. And it once pledged that Molot is the safest in the world superbike up in 2015's.

The thing that made, as the safest in the world motorcycle
Systems have lights in this Molot, already uses LED system, which is more sustem ensure the driver can see clearly the condition of the road in front of him while in the evenings. 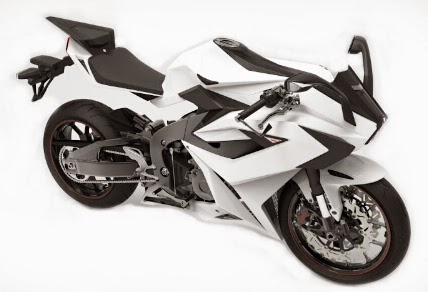 In addition Molot also been equipped with Predictive Emergency Braking System. The function of the brake system itself is able to work automatically when there is an obstacle in front of him. And in fact this is just a new technology widely used in the upper middle class car. In addition, anti-lock braking system brakes also exist in this Molot.

Specifications and prices Motorcycle Molot
Other advanced features are no less great is because of the presence of radar and HD camera located on the front. Its function is obvious to detect objects that appear in front of him. And if the object to which the failed tracked. Then the handlebars will vibrate automatically and warning lights will light up to signal.

As for the engine, Molot has used the engine from Honda CBR1000RR Fireblade brand. For toughness and performance, four-cylinder engine is already not in doubt.
And for the price, Molot in going off with the price of U $$ 75,000 or about Rp900 million.